Crucially, and despite its diminutive 12 litre internal volume, the KAYA S12 uses the patented exponentially tapered tube loaded reflex, first developed for its much larger sibling, the GIYA G1, but wrapped around the inside of the enclosure in such a way as to absorb resonance in all directions. Enjoying this near-ideal loading is the newly-designed long throw C100L driver delivering clean precise bass and uncoloured transparent mids to a surprisingly high level. High frequencies are handled by the same tapered tube loaded high-performance D26 tweeter used throughout the entire Vivid range. KAYA S12 is moulded from composite material available in a range of standard and custom automotive finishes.


Given the modest size endless applications are possible. From pro-audio production studios to multi-channel setups and home cinema’s. KAYA S12 is easy to blend in any environment. With the state of the art optional stand KAYA S12 transforms into beautiful balanced design statement.

Top to bottom, the S12 sets a completely new bar for the engineering sophistication and achievable performance possible in such a small package. KAYA S12 is a true ode to joy.

Enhance your listening experience with these tailor made accessories for the KAYA S12. Both the loudspeaker stand and wall bracket are specially designed and crafted to perfectly match the shape of KAYA S12. The stand and S12 will become available as a package, the wall bracket will be sold separately.

Release of both accessories will be in the near future. 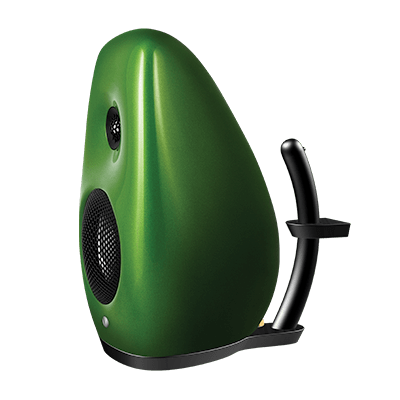 “‘Impressed’ doesn’t even describe my feelings toward the Vivid Audio Kaya S12. The Kaya S12 takes the ‘loudspeaker for small rooms’ concept to new heights.”

“Their defining trait is the beauty and intricacy of their projected soundspace … An absolute must-audition.”

“… a big crush, yes, totally unconditional for an extraordinary achievement.”

What is not to love about that?

Read the review starting at page 9 (in French)

“When the music appears as effortless and resolved – and neutral – as with the Vivid Audio Kaya S12, it is the music that determines the sound. Not the speaker.”

The review is avialable in Swedish, Norwegian or Danish.

“… a big crush, yes, totally unconditional for an extraordinary achievement.”

What is not to love about that?

Read the review starting at page 9 (in French)

Dreams are never lost, they only transform

Our Kaya S12 is considered one of the best monitors by reviewer Leonel Garcia Marques.

“There is simply a stage in front of you with musicians. An almost perfect illusion, with a fabulous speed, detail, reality and neutrality. The rendering of the middle area is very nice.”